Spring Cleaning can include cleaning out toxins from your home too!! Have you ever heard of the Dirty Dozen??

After all this up and down weather it's nice to say (I think I'm pretty safe in saying this!) that Spring is officially here! As I mentioned in a post on my Facebook page earlier this week I used to determine Spring's arrival by my Dad shaving off his beard. He grew a beard in the winter because he would get hives from the cold. Now it's when I see the Ospreys return to their nests up in Scugog where I live that I know it's Spring. Time to open windows, clean your yard,... [read more]

Do I need an agent when buying a home??

I saw this incredibly funny quote by one of the most deadpan comedians out there, Steven Wright, and it got me thinking that yes there are lots of good reasons to want to own your own place! Home ownership is something that 25-35% of Canadians want to achieve. A large number of Canadians own their own home already (66.5% at last statistical check!), but may not have moved or bought in many years and may need help with moving up or down in their current home situation. And the next... [read more]

Home staging - what's all the hype??

Is home staging a necessity? Well that all depends. Read on to hear my thoughts and experience on this subject... Home staging has been around for a few years now, and it's impact in every market and neighbourhood is notable. But in a slower market or a close to being balanced market (level between buyers and sellers) like we have now, you really want to shine to ensure your home is the one that sells first, fast and for the best price! Did you know that staged homes sell for up to 30%... [read more]

Federal Budget 2019 and home buyer incentives - what's in it for you??

So the Federal Budget came out this week, and as I waited with (somewhat) baited breath to see what would be on offer for home buyers, I was left feeling somewhat deflated. Good thing I didn't hold my breath!  I was hoping to see a return of the 30 year ammortization and maybe a revision to the Stress Test.  A 30 year ammortization could mean lower payments and freeing up of funds better served paying off higher interest debt or even investing in other ventures. For first... [read more]

So you think you can't afford to buy a house? Never say never...again. 😉

I'm sure anyone that watches movies knows the actor Sean Connery, best known for his iconic role as James Bond and movies like Dr. No, From Russia with Love, Goldfinger,  and what he vowed was his last Bond, Diamonds are Forever. That was until one of the non-credited writers for Thunderball decided to produce a non-canon Bond film based on the Thunderball theme. Sean Connery's wife had told him just prior to being asked to do the film 'Never say never' and the subsequent... [read more] 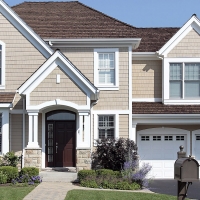 In the unfortunate circumstance that a homeowner is past-due on their monthly mortgage payments, they pave the way for a “foreclosure” on their property. In today’s market, banks and other lenders do not turn to foreclosure to take away the homes of homeowners who are in arrears. Instead, they perform a "Power of Sale" which is wholly different from a Foreclosure. What is a Foreclosure? Foreclosures are laborious, grueling, and costly to both the... [read more]